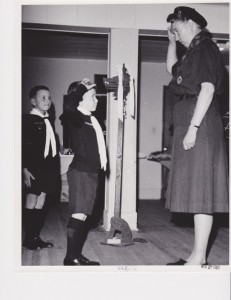 With thanks to Rick Hall. His investiture as a Cub in November, 1962 by Mary Lamb, Akela of 2nd Penticton Pack. Notice the white scarf that was such a large part of the tradition