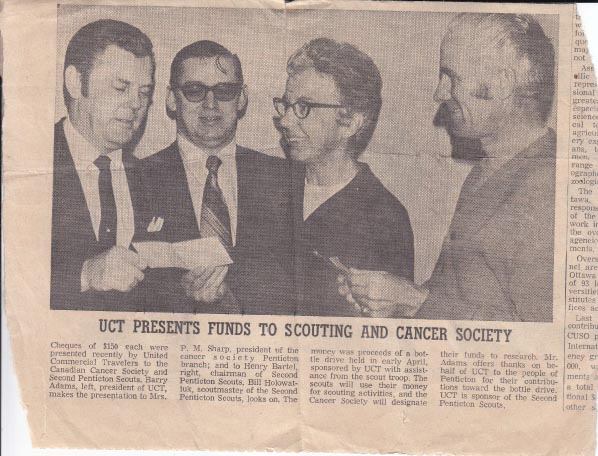 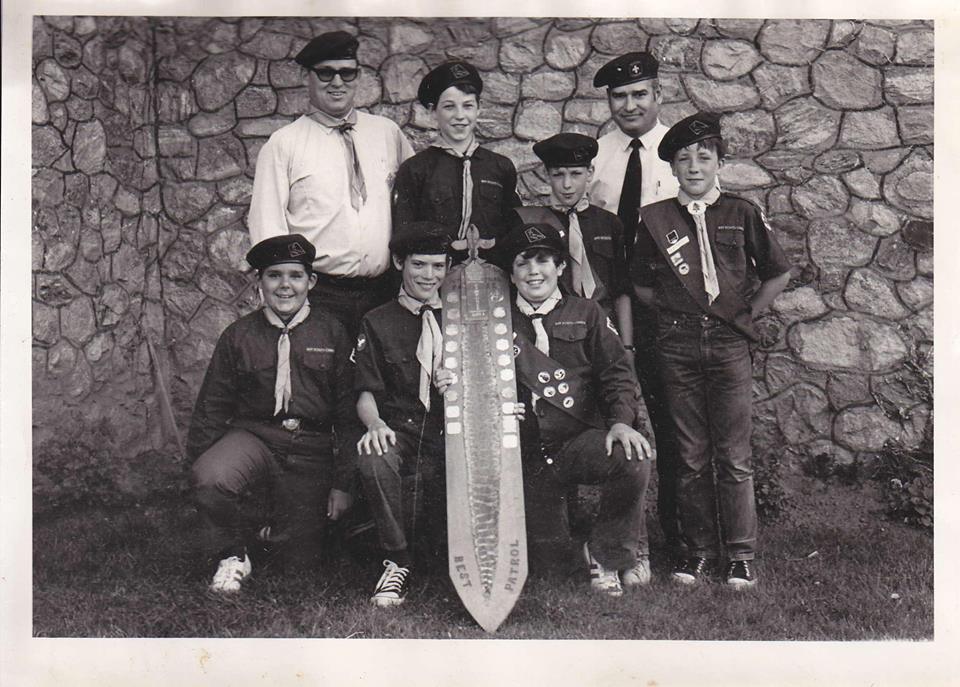 Bill Holowatiuk sent these to me. They come from his father, who was active as an Assistant Scoutmaster in 1970, moving up to Scoutmaster in 1971. The newspaper clipping is from the Penticton Herald, year unknown. It mentions the continued sponsorship of 2nd Penticton by United Commercial Travellers, so this appears to have continue from the mid and late 1960s. Bill Holowatiuk is the Scoutmaster at the time of this picture, but what years? Two other names were also mentioned….Bill Swordy and Dan Grewcutt. Other Leaders from 2nd? Years? The second photo shows the Rattlesnake Award which was given to the top Patrol at one of the many regional International Jamborees (Camporees?) held for Okanagan South (Canada) and Okanogan North (USA). This one was around 1970 to 1972, and there is confusion as to whether the Patrol is 2nd Penticton or 3rd Penticton.

One thought on “Years?”