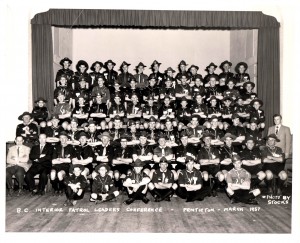 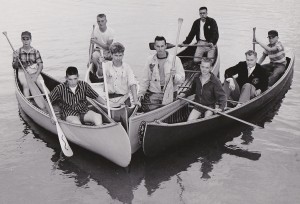 9th World Scout Jamboree – 1957
Sutton Park, England, 1957. The Jubilee Jamboree celebrating Scouting’s 50th anniversary. Over 30,000 Scouts from 80 countries were present. First to incorporate a Rover Moot and an Indaba. The year of B-P’s centenary. An amateur radio station operated from camp. A Scout from Pakistan hiked all the way. There was a 24-page camp newspaper, “Jubilee Journal”. And then, traditonally one might say, there was the night of the great storm – “Jamborain”. An obelisk was erected at Sutton Park to commemorate this anniversary of Scouting. Three Scouts from Summerland, one from Naramata and one from Oliver attended.