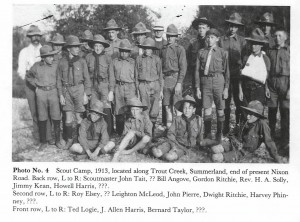 With thanks to Okanagan Historical Society and Don Fisher, check out the uniforms at this 1913 camp