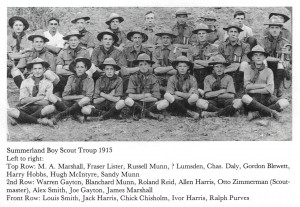 Troops in Hedley and Keremeos planned mutual programming in 1916 and 1917. Hockey games and concert performances were common.