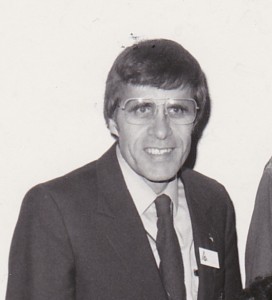 Irwin Hobden started a lengthy commitment as an adult volunteer in Scouting when he first took on the role of Scoutmaster of 3rd Nelson Troop in 1951.

In 1955 he moved to Penticton, where he became Scoutmaster of 3rd Penticton Troop, a position he held for 7 years)

In 1963 he became Assistant District Commissioner (Scouts) in the Okanagan South District. This position lasted until 1975 and required the added responsibility of assisting with the merger with Kubau District in 1972.

His commitment to Scouting continued past the turn of the Century, including assisting at two Provincial Jamborees in 1974 and 1979.